The world must leave most of its coal, oil and gas in the ground by 2050, if we are to have any chance of keeping climate change at an average warming level of 1.5 degrees Celsius. And that includes the UK. But according to a 2021 survey by the UK Department for Business, Energy and Industrial Strategy, 77% of those surveyed said they used gas central heating. How can we reduce our carbon footprint without leaving three quarters of the country in the cold? One answer might be to send something different down the pipeline: hydrogen. When it burns, it only releases water as waste. As a first step, if we replace some of the natural gas – or methane – with hydrogen, assuming people’s devices are working satisfactorily, we could reduce the carbon footprint of the process without having to change what. whatever else. A company tried this recently – on a small scale – with Keele University and they announced the results this week, as Angie Needle explained to Chris Smith …

Angie – I’m Dr Angie Needle. I am the director of strategy at Cadent. Cadent is a gas network provider, so we deliver natural gas to 11 million homes and businesses across the UK in these yellow pipes you see. In this case, we were exploring how to introduce a proportion of hydrogen into the existing natural gas network, in order to reduce carbon emissions from energy used in homes.

Chris – Why can’t we just put hydrogen in these pipes instead of natural gas? Because if you look back – before we used natural gas, we used town gas, or coal gas, and that contained a lot of hydrogen. So, weren’t we already a little bit familiar with how it works anyway?

Angie – Yeah, I agree that it’s true. Town gas contained up to 50% hydrogen. Pieces of our gas network have seen it before, but it’s the end-user devices – boilers, stoves, and fires – that haven’t. And so what we want to be sure of is that when we start to introduce hydrogen and people use low carbon gas that the experience at home is exactly the same. And that’s what this project is all about – making sure that when we introduce small amounts of hydrogen, it doesn’t make any difference to the devices and they can continue as normal.

Chris – Where did you do it?

Angie – So Keele University has its own gas network – it owns it itself. And so we got together with Keele on their campus, which has about 100 domestic buildings of all different shapes and sizes, some that lecturers live in and the like, and some that are privately owned, and about 30 university buildings. And so we built a compound there – we made the hydrogen at the site – and we mixed it through what we call a grid entry unit, a new kit, into their gas grid. . It had never been done before and was a huge success because no one else knew anything else. The consumer experience was – “We didn’t even know it was happening. We couldn’t see any change.”

Chris – How much hydrogen did you add to the gas supply?

Angie – We added up to 20%, and that’s pretty significant because most cookers and fires and things out there today can take up to 23% in the way they’re built and tested. 20% saves carbon emissions of around 7%.

Chris – And is it easy to make this hydrogen mixture? To put it in the gas supply?

Angie – A lot of all we do is take a little bit of the gas – natural gas – mix it with hydrogen, make sure it’s really mixed well, and put it back into gas. The main challenge is actually having enough hydrogen and making sure that we can have low carbon hydrogen to put into the gas network. But the one-of-a-kind equipment that we have developed, we can see that you can scale and reproduce quite easily. So you can start adding hydrogen to different places in our gas network.

Chris – Concretely, if we were to start doing it across the country, how much energy is actually supplied by the same volume of gas? Is hydrogen as energy dense as natural gas? In other words, are people going to have to burn more to get their money’s worth?

Angie – Hydrogen actually contains a huge amount of energy, but it takes up a lot of space. It is a fairly light molecule. So what’s happening is that 20% hydrogen by volume is actually only 7% by energy. We’re working right now to make sure that the existing pressures that are on our pipes can take the extra flow, if you will, of hydrogen. So you have to use a little more hydrogen to get the same calories, or energy, that you get from methane today, but the most important thing is that hydrogen doesn’t produce carbon dioxide.

Chris – So you would see the current situation as a stepping stone towards a 100% hydrogen energy economy?

Angie – Partly, yes, a 20% blend helps us start the infrastructure and hydrogen production. We need a lot of hydrogen to get to net zero, almost regardless of how it’s used, and in the UK we’re not making a lot today, so we have to start production. But I think there will ultimately be a mix of different uses of energy in the future – renewable electricity and hydrogen. And when it comes to consumers, we have to help them understand whether their home is suitable for electrical solutions or whether it is suitable for hydrogen, so that there is a choice. The choice is good, because if we put all of our eggs in one basket when it comes to energy, we tend to find that each has limitations that need the other to balance it out. So I’m very much in favor of having a choice, but also that we help consumers make that choice. 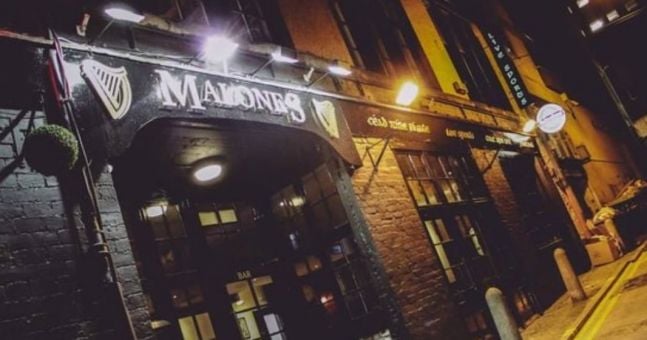